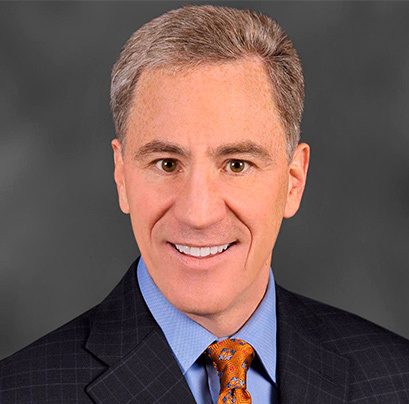 As the second member of the leadership team, Bob provides the “big picture” outlook to The Olin Financial Group’s clients. Since 2002, Bob has been an integral part of The Olin Financial Group’s success, focusing on estate investment planning strategies, insurance, asset management, Social Security strategies, as well as possessing a thorough knowledge of the Chevron company retirement plan. Bob has earned the title of Managing Director - Investments, the highest production level attainable at Wells Fargo Advisors, as well as the Premier Advisor* designation. Bob began his career in the Financial Services Industry in 1988 and holds the certification of CERTIFIED FINANCIAL PLANNER™, as well as the designation of Chartered Life Underwriter. In 2014, Bob earned an additional designation as an Accredited Domestic Partnership Advisor (ADPASM) and has been a Five Star Wealth Manager** for the last 9 consecutive years (2012-2020). He was also named by NABCAP as one of the Bay Area’s Premier Wealth Advisors*** in 2012, 2013, 2014 and 2015. Most recently, Bob has been named in 2019 and 2020 to the ranking of Best in State Wealth Advisor by Forbes. He is a member of the Diablo Valley Estate Planning Council as well. Bob is a graduate of Oregon State University with a Bachelor of Science in Business, with an emphasis in Finance and Accounting.

Bob believes in giving back to the community and does this through his support of numerous charities. Bob lives in Walnut Creek with his wife and daughter and enjoys snow skiing, home brewing, golfing, hiking, biking and kayaking.

*The Premier Advisors designation is held by a select group of Financial Advisors within Wells Fargo Advisors and reflects a high level or standards as measured by three or more of the following; length of service with the firm, completion of educational components, business production, and professionalism.

**The Five Star Wealth Manager award, administered by Crescendo Business Services, LLC (dba Five Star Professional), is based on 10 objective criteria. Eligibility criteria – required: 1. Credentialed as a registered investment adviser or a registered investment adviser representative; 2. Actively licensed as a registered investment adviser or as a principal of a registered investment adviser firm for a minimum of 5 years; 3. Favorable regulatory and complaint history review (As defined by Five Star Professional, the wealth manager has not; A. Been subject to a regulatory action that resulted in a license being suspended or revoked, or payment of a fine; B. Had more than a total of three settled or pending complaints filed against them and/or a total of five settled, pending, dismissed or denied complaints with any regulatory authority or Five Star Professional’s consumer complaint process. Unfavorable feedback may have been discovered through a check of complaints registered with a regulatory authority or complaints registered through Five Star Professional’s consumer complaint process; feedback may not be representative of any one clients’ experience; C. Individually contributed to a financial settlement of a customer complaint; D. Filed for personal bankruptcy within the past 11 years; E. Been terminated from a financial services firm within the past 11 years; F. Been convicted of a felony); 4. Fulfilled their firm review based on internal standards; 5. Accepting new clients. Evaluation criteria – considered: 6. One-year client retention rate; 7. Five-year client retention rate; 8. Non-institutional discretionary and/or non-discretionary client assets administered; 9. Number of client households served; 10. Education and professional designations. Wealth managers do not pay a fee to be considered or placed on the final list of Five Star Wealth Managers. Award does not evaluate quality of services provided to clients. Once awarded, wealth managers may purchase additional profile ad space or promotional products. The Five Star award is not indicative of the wealth manager’s future performance. Wealth managers may or may not use discretion in their practice and therefore may not manage their clients’ assets. The inclusion of a wealth manager on the Five Star Wealth Manager list should not be construed as an endorsement of the wealth manager by Five Star Professional or this publication. Working with a Five Star Wealth Manager or any wealth manager is no guarantee as to future investment success, nor is there any guarantee that the selected wealth managers will be awarded this accomplishment by Five Star Professional in the future. For more information on the Five Star award and the research/selection methodology, go to fivestarprofessional.com.

***Ranking and evaluation is performed by an independent third-party assessment based on 20 categories of practice management; including experience, education, cost and investment planning. Participants are objectively compared and evaluated numerically. A minimum score must be attained for a practice to be considered for the final list, Winners are listed in alphabetical order. There is no cost for advisors to participate. The rating is not representative of any one client's experience and is not indicative of past or future investment performance.

*****The Forbes Best in State Wealth Advisors ranking algorithm is based on industry experience, interviews, compliance records, assets under management, revenue and other criteria by SHOOK Research, LLC, which does not receive compensation from the advisors or their firms in exchange for placement on a ranking. Investment performance is not a criterion.