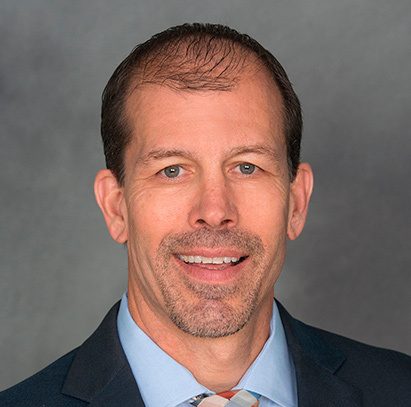 Gary brings over 25 years of experience in financial services and investment management to the Olin Financial Group. He is dedicated to helping individuals meet their financial needs by developing plans around their long term goals and risk tolerances. As Gary puts it,

“My belief is that investors who are rooted in sound financial principles and disciplined strategies generally fare better that those who allow volatile markets and economic cycles to dictate their decisions”.

Gary attended the University of California Berkeley, and has a Bachelor’s degree in Finance from California State University – East Bay. He attained his CERTIFIED FINANCIAL PLANNER™ certification in 2008 from the College for Financial Planning. This certification required the completion of extensive course work and rigorous testing in the areas of investment planning and asset management, estate planning, retirement planning, insurance, taxation, and risk management.

Gary lives in the San Ramon Valley with his wife and twin daughters. He enjoys time with family and friends as well as snow skiing, mountain biking, fishing, boating, basically all things outdoors!

*The Premier Advisors designation is held by a select group of Financial Advisors within Wells Fargo Advisors as measured by three or more of the following; length of service with the firm, completion of educational components, business production and professionalism.

**The Five Star Wealth Manager award, administered by Crescendo Business Services, LLC (dba Five Star Professional), is based on 10 objective criteria. Eligibility criteria – required: 1. Credentialed as a registered investment adviser or a registered investment adviser representative; 2. Actively licensed as a registered investment adviser or as a principal of a registered investment adviser firm for a minimum of 5 years; 3. Favorable regulatory and complaint history review (As defined by Five Star Professional, the wealth manager has not; A. Been subject to a regulatory action that resulted in a license being suspended or revoked, or payment of a fine; B. Had more than a total of three settled or pending complaints filed against them and/or a total of five settled, pending, dismissed or denied complaints with any regulatory authority or Five Star Professional’s consumer complaint process. Unfavorable feedback may have been discovered through a check of complaints registered with a regulatory authority or complaints registered through Five Star Professional’s consumer complaint process; feedback may not be representative of any one clients’ experience; C. Individually contributed to a financial settlement of a customer complaint; D. Filed for personal bankruptcy within the past 11 years; E. Been terminated from a financial services firm within the past 11 years; F. Been convicted of a felony); 4. Fulfilled their firm review based on internal standards; 5. Accepting new clients. Evaluation criteria – considered: 6. One-year client retention rate; 7. Five-year client retention rate; 8. Non-institutional discretionary and/or non-discretionary client assets administered; 9. Number of client households served; 10. Education and professional designations. Wealth managers do not pay a fee to be considered or placed on the final list of Five Star Wealth Managers. Award does not evaluate quality of services provided to clients. Once awarded, wealth managers may purchase additional profile ad space or promotional products. The Five Star award is not indicative of the wealth manager’s future performance. Wealth managers may or may not use discretion in their practice and therefore may not manage their clients’ assets. The inclusion of a wealth manager on the Five Star Wealth Manager list should not be construed as an endorsement of the wealth manager by Five Star Professional or this publication. Working with a Five Star Wealth Manager or any wealth manager is no guarantee as to future investment success, nor is there any guarantee that the selected wealth managers will be awarded this accomplishment by Five Star Professional in the future. For more information on the Five Star award and the research/selection methodology, go to fivestarprofessional.com.